2 edition of Ecology of Corydalis aquae-gelidae, a rare riparian plant found in the catalog. 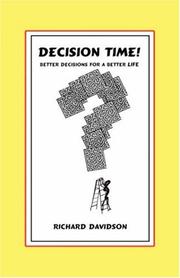 It is endemic to the western Cascade Range of Oregon and Washington, almost entirely on the Mt. Hood and Gifford Pinchot National Forests.

The\ud range of Corydalis aquae-gelidae may be restricted by\ud dispersal problems, rather than by unfavorable environments,\ud as apparently suitable habitat existed beyond its range.\ud Timber harvest and road building have damaged Corydalis\ud aquae-gelidae. This online guide is an adaptation of our Field Guide to the Rare Plants of Washington, which was published in with the intent to aid amateur and professional botanists in the identification of our state's rare plant species.

With the inclusion of descriptions from an earlier version of the guide, this online source now includes vascular plants, 16 mosses and one lichen. Corydalis aquae-gelidae. has a relatively high percentage of its biomass stored in the below ground portion of the plant as starch in the tuberous root (root/shoot ration of to ) and a low percentage.